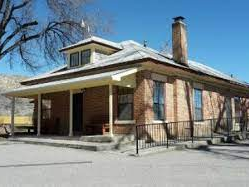 Their community is considered a border town of both the Navajo and Ute Indian Reservations. T he main industries are mining, primarily natural gas and coal, and retail/service, as Farmington is considered the retail hub for the area. Methamphetamine use/abuse is on the rise and is of great concern to the community. While the non-reservation economy is robust, the reservation economy continues to languish, with high levels of poverty and unemployment. Alcohol abuse is an ongoing problem. Domestic Violence is an unfortunate by-product of this combination of circumstances. The San Juan County Domestic Violence Task Force Report showed law enforcement officials reported 331 incidents of domestic violence, which resulted in 152 arrests and 52 warrants. 820 new civil cases of DV were filed in the 11th District Court in 2005. Navajo Nation Tribal Department of Law Enforcement statistics from 1998-2000 show a dramatic escalation of domestic violence cases on the reservation. There were 1,775 domestic violence calls in 1998, a large increase in 1999, and another huge swing upward to 2,816 in 2000, resulting in a three-year total of 6,703 domestic violence calls. In 1999, 32% of the total major crimes reported involved domestic violence. Out of the 22 homicides reported 14 of them (63%) were committed against a spouse, girlfriend, or close family member. Additionally, 66% of all suicides involved domestic violence. 52% of all aggravated assaults are domestic violence related, as are 32% of sexual offences. As the studies show, these crimes are on the increase and maybe under reported, as family violence is not specifically defined as a crime on the Navajo Nation. Unfortunately, in many cases it is the women and children victims of DV that are forced to leave their homes, jobs and schools to seek refuge from the batterer. The New Beginnings Program offers a refuge for these families who want to leave a life of domestic violence and homelessness. While the shelters fulfill the immediate need of the family in a flight situation, clients can only stay in the shelter 30 to 90 days, which is seldom long enough to make lasting changes in the life of the family. Statistics show that without an alternative, women leaving a crisis shelter are highly likely (80% or more) to return to the batterer, in fact on average a woman will leave 7 times, before she leaves permanently. In addition to referrals from the crisis shelters, many of their clients are referred to us by family members or friends who were former residents. Others are referred to us by rehabilitation facilities or the criminal justice system. In the majority of cases residents come to us with the clothes on their back, no income or transportation and limited education . Transitional housing provides a very necessary service by offering the family a safe, long term alternative which enables them to get back on their feet financially and emotionally, leading to a much higher rate of success.

We publish all Helpful information.

What is your current addiction OR problem that you are seeking help for? How long have you had this issue?

Have you used a transitional housing resource before?

Have you used this locations services before? What is your opinion of it?

Do you have any experience with the office personnel? How were they?

Do they take ex felons?

Need help. My son and I need a home. I have 3 more babies I miss so much and need them.

Are You Looking For Free Rehab Centers In New Mexico?

Find a free drug and alcohol treatment center in your state or zip code.

Who am I calling?

Calls to our helpline (non-facility specific 1-8XX numbers) for your visit are answered by Rehab Media. Our helpline is offered at no cost to you and with no obligation to enter into treatment. We are standing by 24/7 to discuss your treatment options.